Portugal's capital of the north is a utopia for shopaholics. Porto's shops are a mix of large multinational brands, local crafts and traditional products. Porto is a manufacturing hub for fashion, shoes, jewellery, furniture, gourmet products and wines. 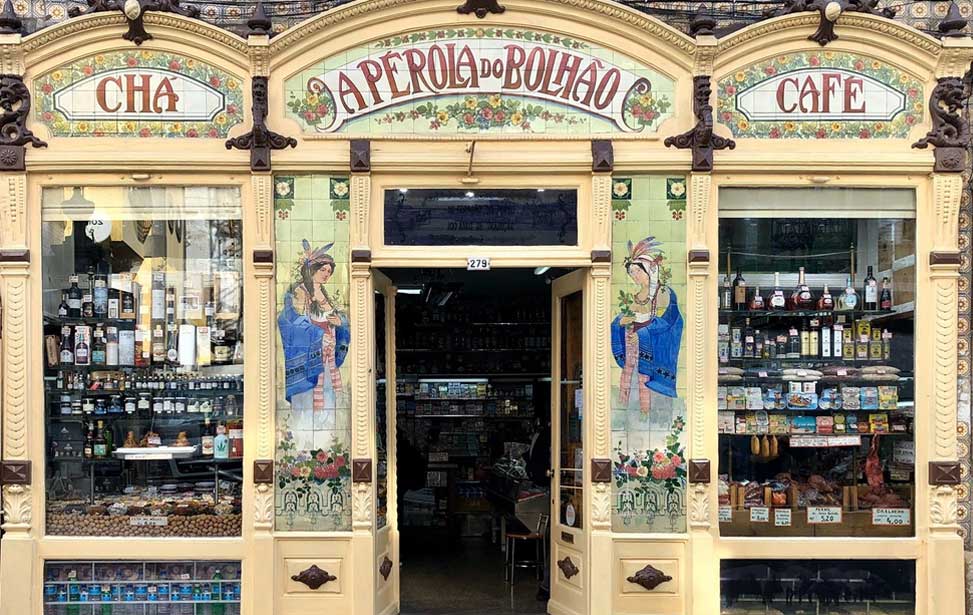 A Perola do Bolhão 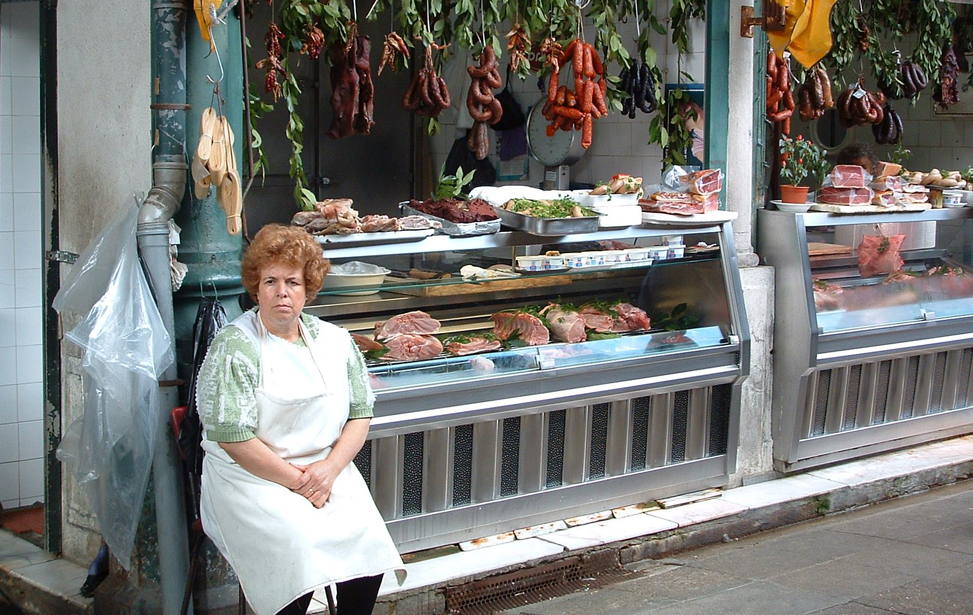 Porto has an array of independent shops selling traditional local produce, often faced with frontages in the Art Nouveau and Art Deco styles. The finest example of which is the Perola do Bolhão grocery store which sells a selection of local fare (279 Rua Formosa). You'll discover many independent shops in the streets emanating away from São Bento station. The charming pedestrianised Rua das Flores date back to the 16th century. Whereas, traditionally, Rua das Flores was the street for goldsmiths and jewellers. The street has recently become one of the trendiest locations for restaurants and nights out. Here too are haberdasheries, wine shops, gift shops. Look out for the Mercearia das Flores, a delicatessen that prides itself on its range of traditional Portuguese products. In the same street, you'll also find 43 Branco that sells an assemblage of Portuguese goods and handicrafts from clothes, accessories and shoes to pottery, notebooks and giftware.

Another street spouting off from the São Bento station is the Rua Mouzinho da Silveira. It is here you can find some interesting eco-fashion shops such as the Cultura Portuguesa where you can find a dashing pair of cork shoes and the Loja da Burel and Ecolã specialist wooden clothes shops. Another curious shop in this street is the Loja das Conservas dedicated to artisan canned fish from all around Portugal. They also serve a repertoire of petiscos. If you're after a souvenir, then head for Prometeu Artesanato. They are long-established purveyors of hand-painted tiles, cork wares & other traditional souvenirs.

If you find yourself in the area, it's well worth visiting this exciting and vibrant market. As soon as you enter, your senses are bombarded by the wide gamut of colours, sounds and aromas. Established way back in 1850 the market stands on two levels where fishmongers, butchers, greengrocers, florists and many others display their wares.

In a street opposite the Clérigos church, you'll find the A Vida Portuguesa . Within this beautiful retail space is a treasure-trove of old Portuguese brands, including toiletries, stationery, costume jewellery, handicrafts and period toys, created years ago preserved in their original packaging (20 Rua da Galeria de Paris).

The beautiful 19th century Livraria Lello e Irmão bookshop has become a popular visitor attraction in its own right. Inside the neo-Gothic facade, the ornate interior is famed for a double-helix staircase, stained glass ceiling and a fantasy-like appearance that is said to be an inspiration for JK Rowling.
More About Livraria Lello e Irmão [ ► ] 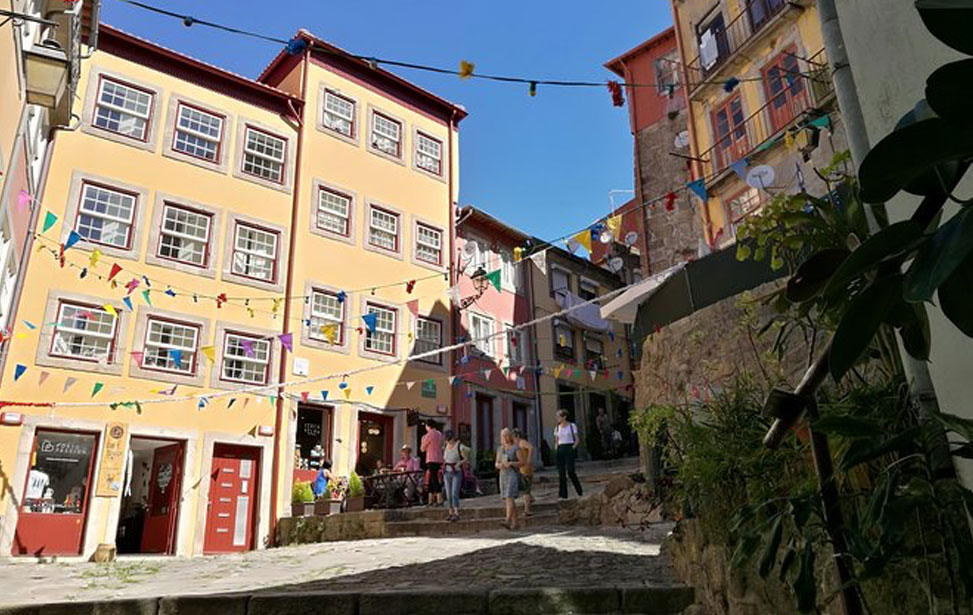 Delve into the rich history of Porto alongside a professional guide on this immersive Porto walking tour. Experience northern Portugal’s historic city of Porto, known for its winding narrow streets and blend of Moorish and Roman influences. Visit the UNESCO World Heritage-listed historic city centre, explore Porto Cathedral and baroque churches, and learn how grapes travelled the Douro River to the coast where winemakers make famous Port wine. 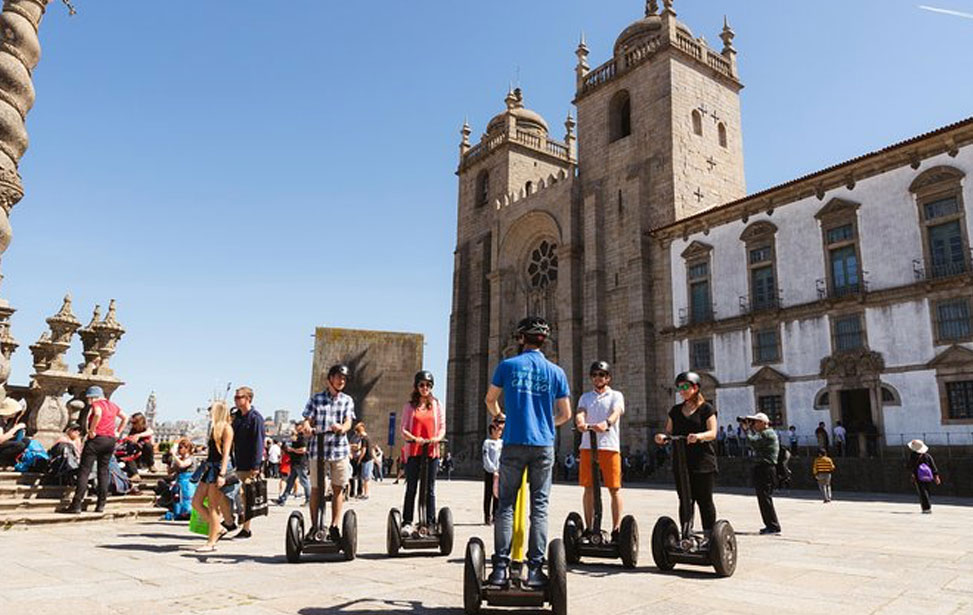 Zip along the UNESCO-listed Ribeira neighbourhood during a guided Segway tour of Porto. Select a small-group or private tour in the morning or afternoon and glide along cobblestone paths lined with historic monuments and attractions such as Ponte de Dom Luis I, Porto Cathedral, São Bento Station, and Clérigos Tower. With your local guide, appreciate architecture and uncover Roman legend all on a sleek electric Segway. 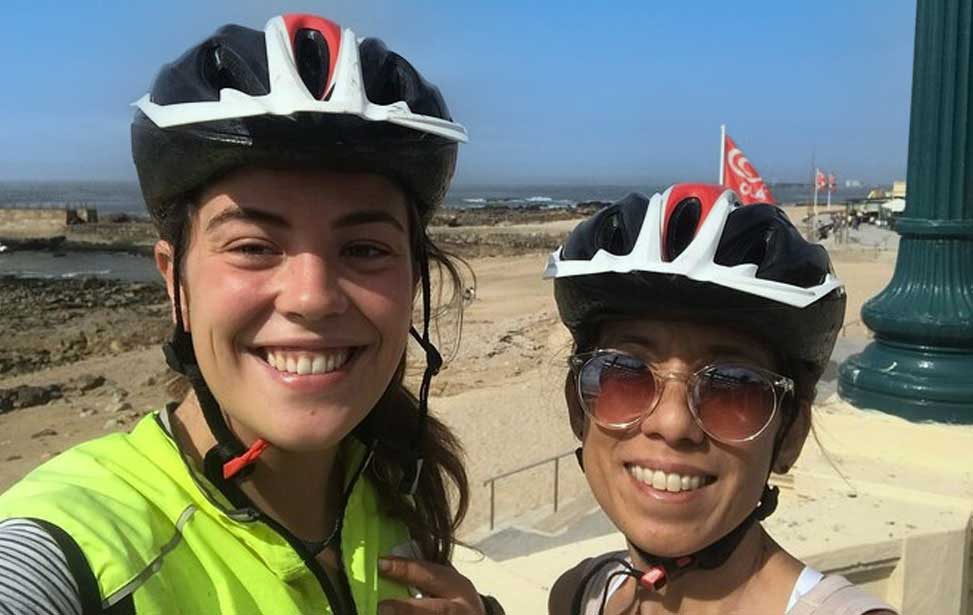 Get your adrenaline pumping while seeing Northern Portugal on this small-group Porto extreme city bike tour. Cycle through the city and see its history, architecture, culture, and gardens. An expert guide leads the way past historic landmarks. Along the way, break for lunch at a traditional Portuguese restaurant (additional expense). Travellers on this small-group tour are limited, to ensure a quality experience. Private tours are available.

Between the Praça da Batalha and the Praça do Marquês de Pombal, is the Rua de Santa Catarina. Here amongst the great patisseries and coffee shops (including the Café Majestic), you'll find the top street brands, designer boutiques, shoe shops, jewellery shops, electrical and shopping centres. Much of this long street is pedestrianised and is easily accessed by metro and old tram or a short stroll from São Bento station. International chains include Calzedonia, Zara, H&M, Adidas, United Colors of Benetton, as well as some great home-grown shops.

One of Porto's best shopping centre Via Catarina Shopping can be found on the northern end of the Rua de Santa Catarina. Inside there's a varied selection of both well-known and independent shops with an interesting food hall on the top floor where the restaurants façades resemble typical Portuguese medieval architecture – (www.viacatarina.pt). 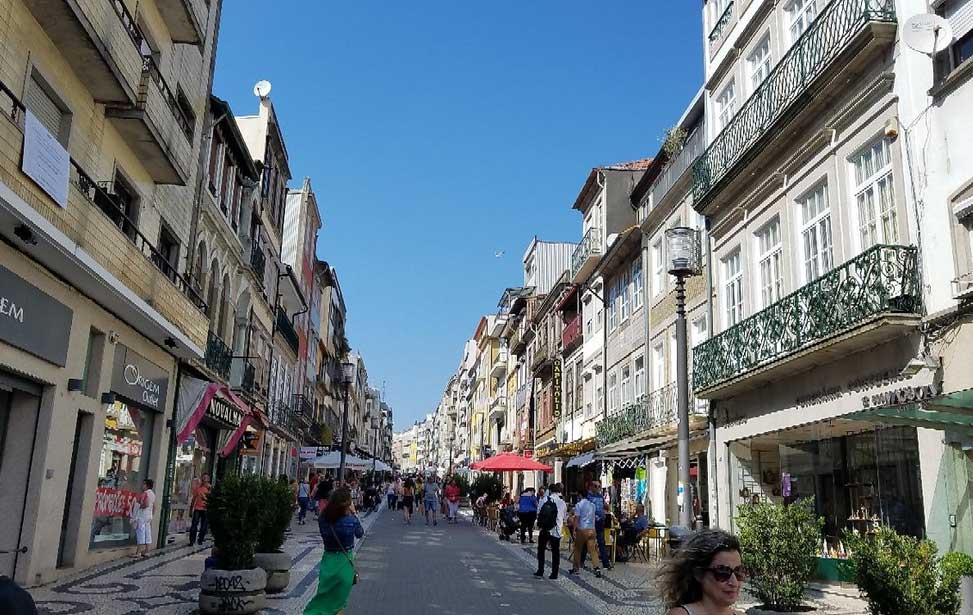