Deep within the Minho's lush green landscape, straddling both banks of the river Tâmega, lies the picturesque little town of Amarante. This beautiful town makes a great day trip from Porto. MADABOUTPORTO.COM is your essential guide to how to get there, what to see, where to eat and the best tour suggestions.

The mighty Serra de Marvão provides a suitable natural backdrop to the town's 17th-century traditional houses with wooden balconies and narrow cobbled streets. Originally known as Turdetanos to its Roman founders, Amarante had a name change to honour Governor Amarantus. The town dates back to the 4th century BC. Through time, has borne witness to many invaders and visitors alike.

The towns famous bridge and a national monument was built in 1790. It was once a focal point of resistance against French Marshall Soult's soldiers in 1809, the Ponte de São Gonçalo offers the visitor a visual feast including the impressive São Gonçalo Convent, named after the local patron saint, crowned with its red Cupola. It's said that São Gonçalo built the first bridge in the 13th century to give access to his monastery, but it was tragically destroyed by floods in 1763. São Gonçalo's monastery became a church in 1540. Great views can also be found from the restaurants strategically placed along the river banks that serve some of the best cuisine in the area. Satisfied bellies can be walked off in the leafy park along the bank of the Tãmega and maybe make room for Amarante's famous sweet egg-based delicacies. 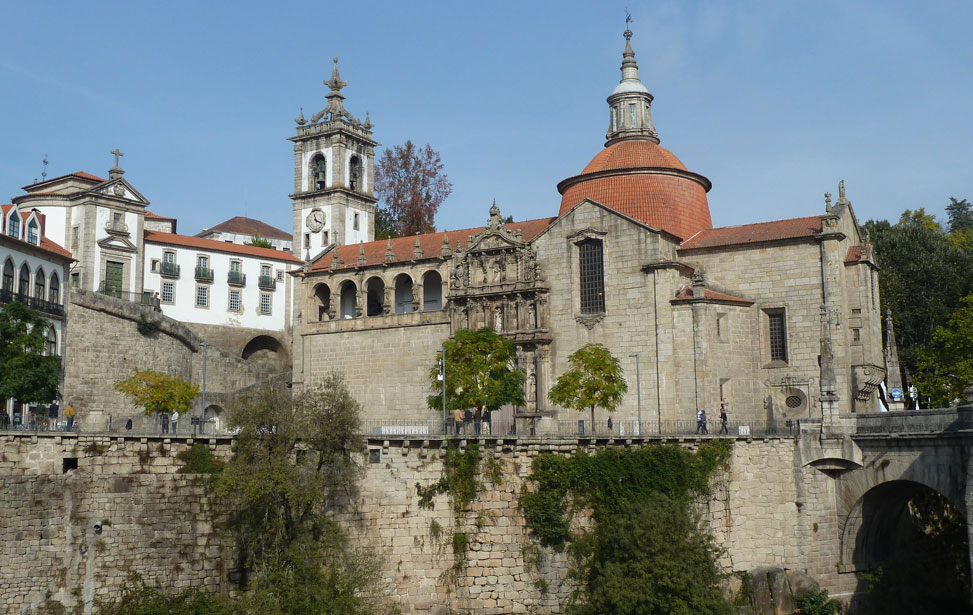 The most dominant and most beautiful building in Amarante is undoubtedly the Convento de São Gonçalo, its magnificent red Cupola dominating the skyline and its commanding location overlooking the bridge. Construction started in 1540 on the orders of Dom João III and took 40 years to complete. Facing a square next to the monastery is a beautiful Mannerist doorway with high niches containing 17th-century granite statues. Those figures in the foreground represent St. Francis and St. Domingos de Gusmão, whilst in the background can be seen St. Gonçalo, St. Peter the Martyr and St. Thomas Aquinas, all enjoying the protection of Our Lady of the Rosary.

Crowning the collection of statues is the royal coat of arms. São (Saint) Gonçalo is the patron of the town and is famed for being a matchmaker and confidant to the town's maidens who are tired of being single. His limestone tomb is found inside the monastery, and it's believed that touching the tomb helps to bring a speedy marriage (it worked for my wife). Over the centuries, his face, hands and feet have been worn away by those eager to find marital bliss. Also inside the main part of the church is the chapel of Santa Rita Cássia, with its gilded wooden altarpiece and the beautiful eighteenth-century organ supported by three gilded bearded mythological figures. 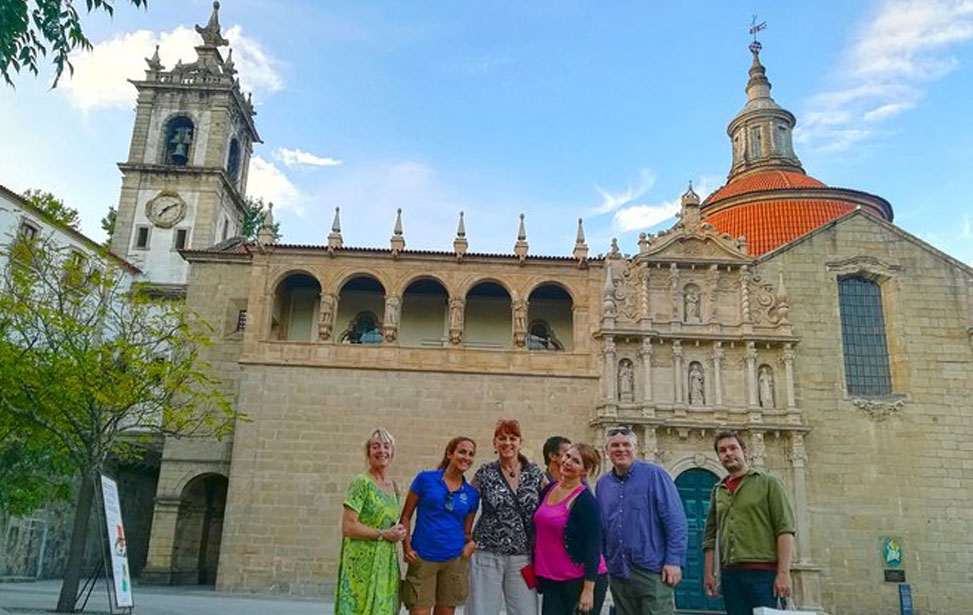 Come discover Amarante and let yourself be enveloped by the stories, traditions and flavours that the town has to offer you. Let yourself be immersed in this passionate filled history town. History begins in the stone-age, through the Roman period and the influence of Saint Gonçalo and the French troops during the Napoleonic wars. Amarante itself has a religious image, perhaps for its monumental convent of S. Gonçalo bathed by the bucolic Tâmega River or its majestic baroque churches and its beautiful and magnificent S. Gonçalo bridge. The discovery of great personalities such as Amadeu de Souza-Cardoso, Teixeira de Pascoaes or António do Lago Cerqueira is equally irrefutable. Discover Amarante with a local guide who will be honoured to present you his home. 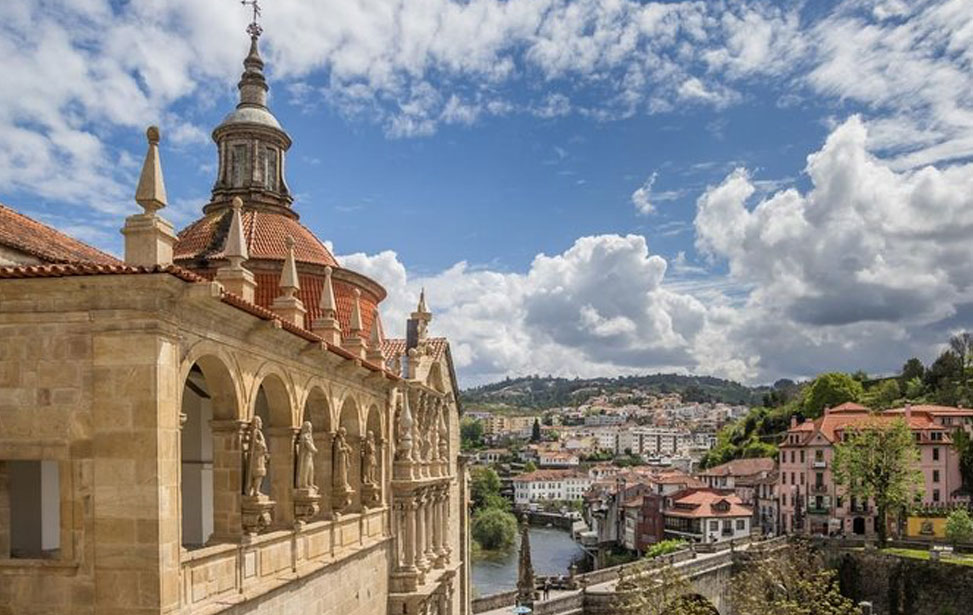 Get to know one of Portugal’s most treasured regions during this full-day tour to the Douro Valley from Porto. See historic landmarks in Amarante, visit the city centre of Peso da Regua to see where the barrels of port wine was loaded onto the Rabelo boats, and cruise down the picturesque roads. Learn about the winemaking process throughout the day and sample wines from various vineyards in this premier wine region. Explore the Douro Valley on a full-day tour. Enjoy complimentary pick-up from your hotel in Porto. 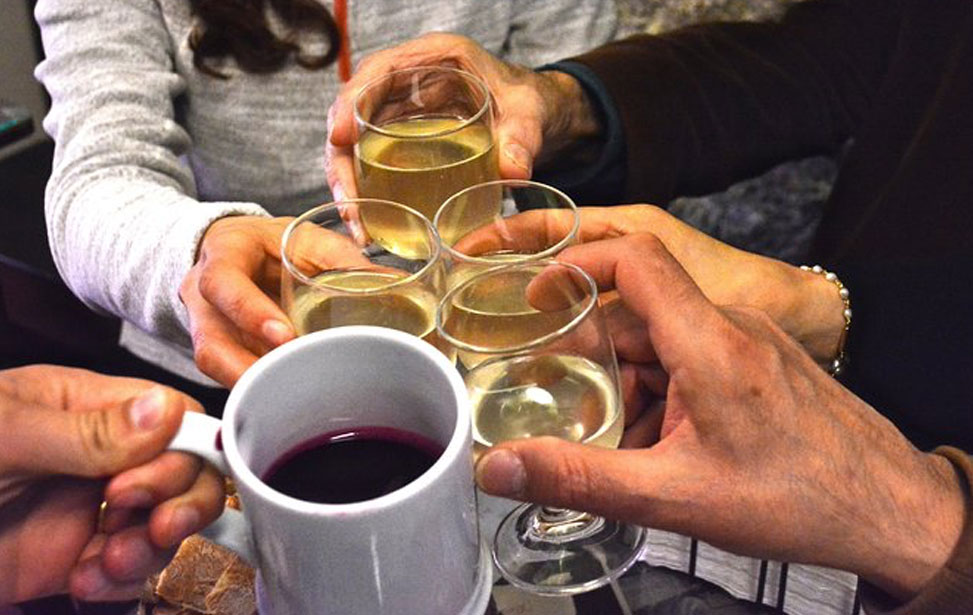 In this experience, you discover the region of Amarante, the traditions and the flavours. We will pick you up from your hotel and drive you in a comfortable minivan to Amarante. Here we will explore the town, its history, traditions, legends and flavours. The first delight you will taste will be the conventual pastry, made in Amarante since the XIII Century. After lunch, we will visit a local Vinho Verde producer and guide you through the vineyards. You will get to know the evolution of Vinho Verde, the history behind the wine, methods of harvest and processing the grapes. You will try the different wines of the producer with a regional products picnic. In the end, we will return you to your hotel.

Amarante has its own sub-regional appellation, as part of the Vinho Verde classification (labelled as Vinho Verde DOC, sub-região Amarante). Protected from the influence of the Atlantic and high average altitude, temperatures are higher than other Vinho Verde sub-regions. These conditions favour the cultivation of certain late-ripening varieties: Azal and Avesso (whites) and Amaral and Espadeiro (reds). The soil is granite, like most of the region. The white wines usually present fruity flavours and an alcohol content higher than the regional average.

However, Amarante is famed for its reds since these climatic conditions favour well-matured grapes, particularly from the Vinhão variety, deep in colour and fruity on the palate. Most brands have the characteristic Vinho Verde fizz. This red should be served chilled. 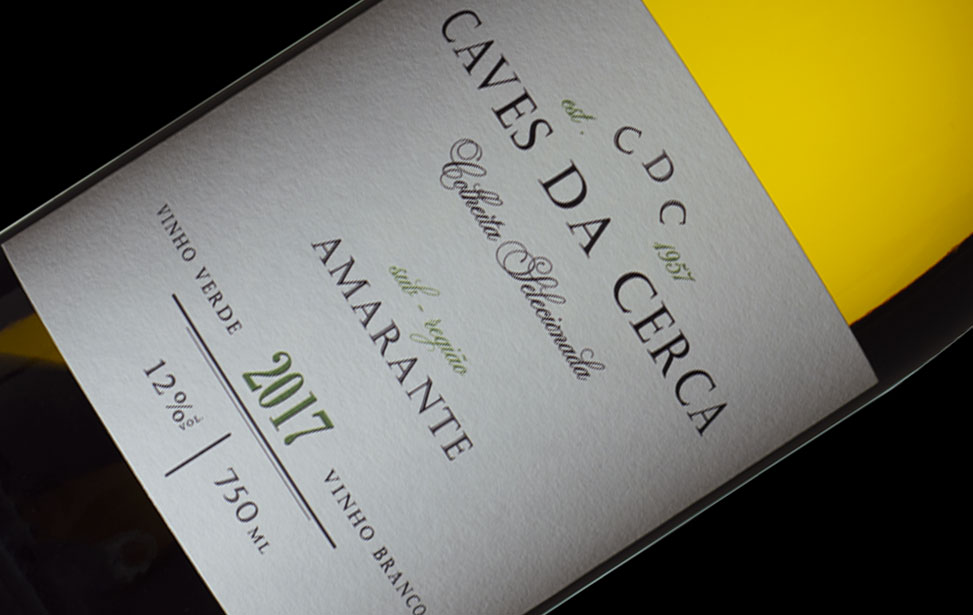 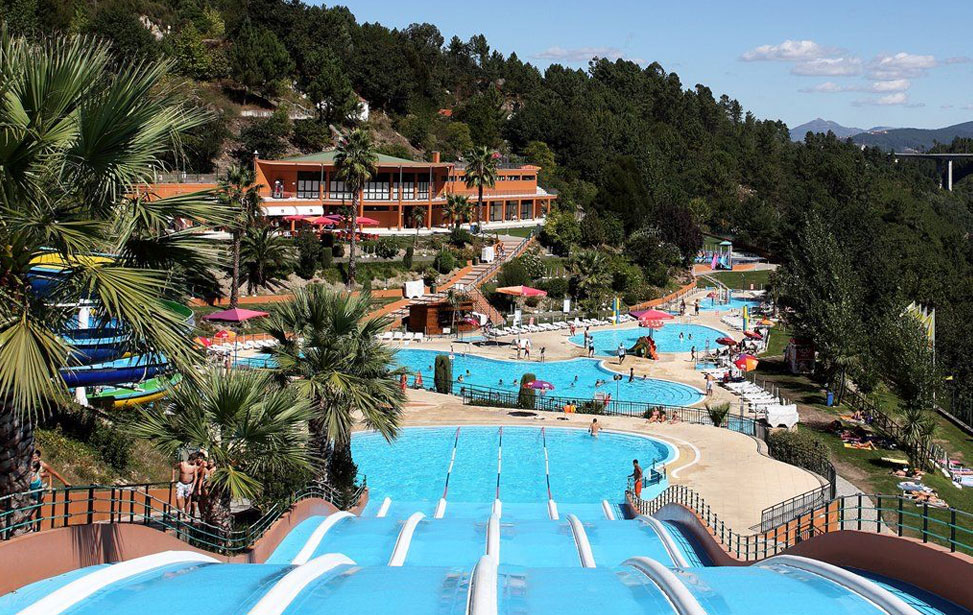 Parque Aquático Amarante is situated close to the River Tamega, located some 50km West of Porto and a short distance southwest of Amarante. You will find swimming pools for adults and children, incredible toboggans, water slides of various types and a snack bar. The Aqua Park is a great family day out.

WHAT TO DO IN AMARANTE 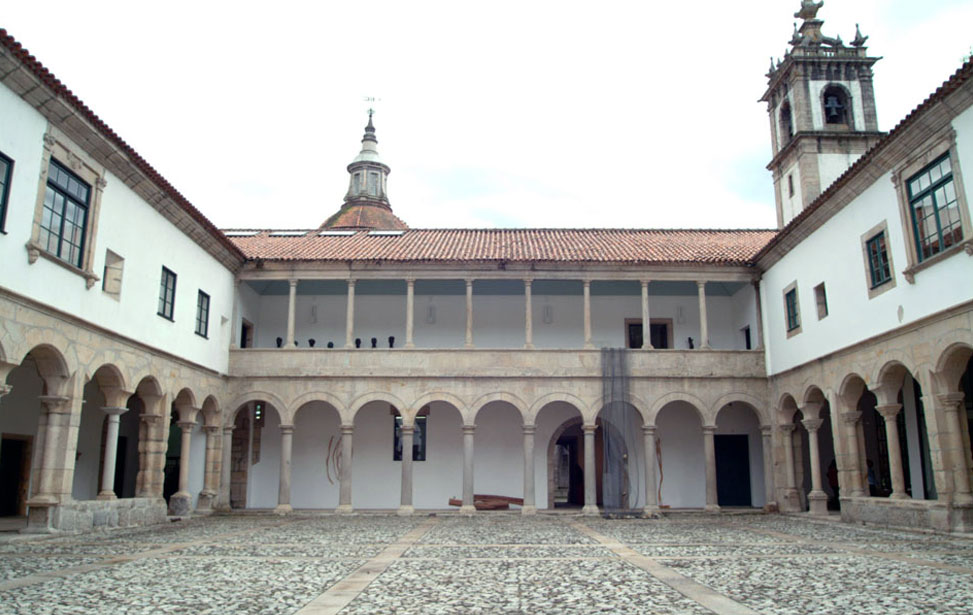 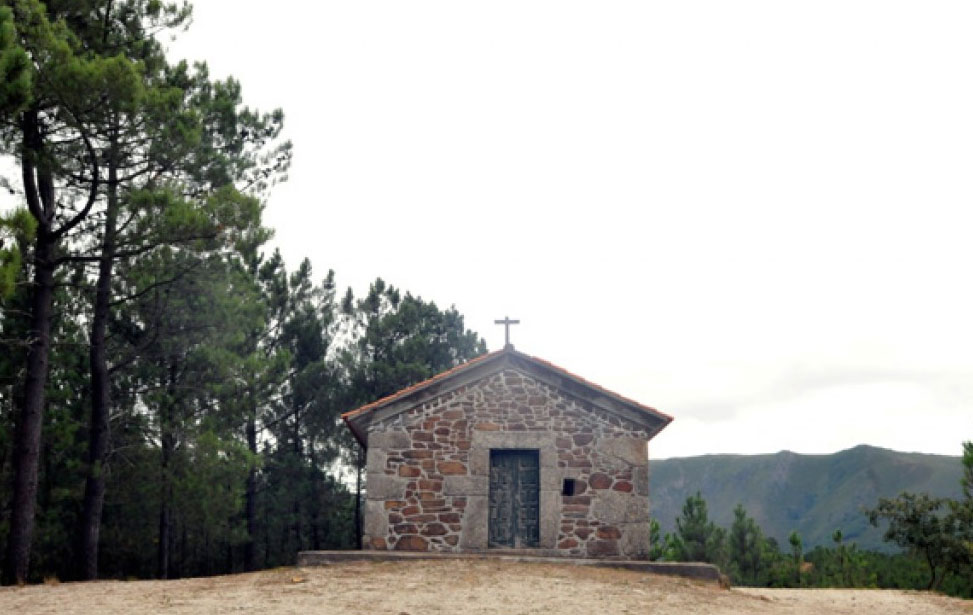 The PR1 Route Marancinho runs along for a good part of the journey along the river of the same name. Beginning and ending with the Romanesque church of Gondar, this route of more than four miles (6km) utilises ancestral paths, including a beautiful stretch of the old Roman road. Maps and brochures can be found at the tourist office in Amarante for this route and others, including the Rota de São Bento and the Itinerário da Lameira. 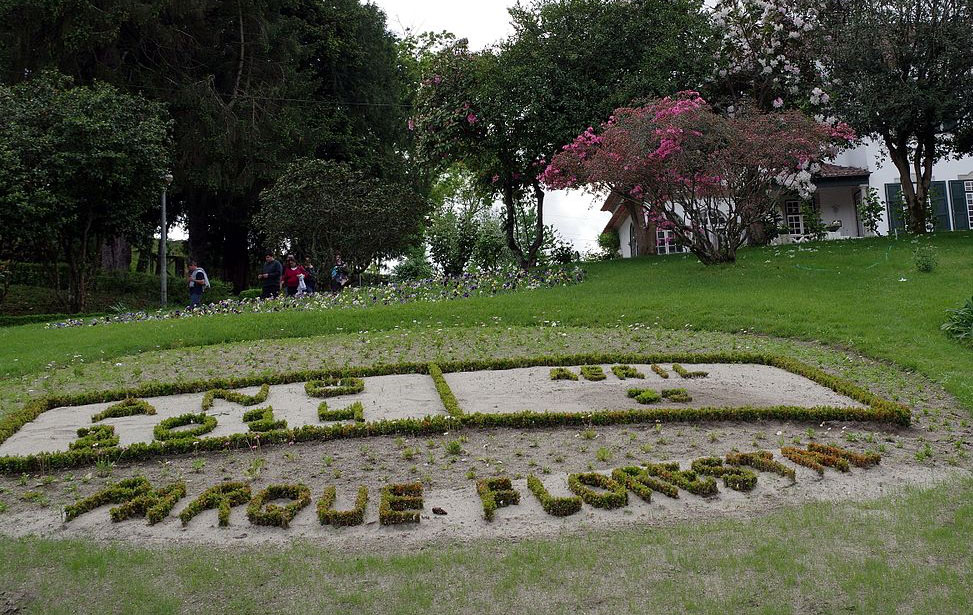 Overlooking the Cepelos side of the river Tãmega and occupying more than five hectares is one of the highlights of Amarante. First planted in 1916 on the initiative of António do Lago Cerqueira, the park offers visitors spaces for leisure, hiking and sport. It also hosts thousands of spices of tree and plants. 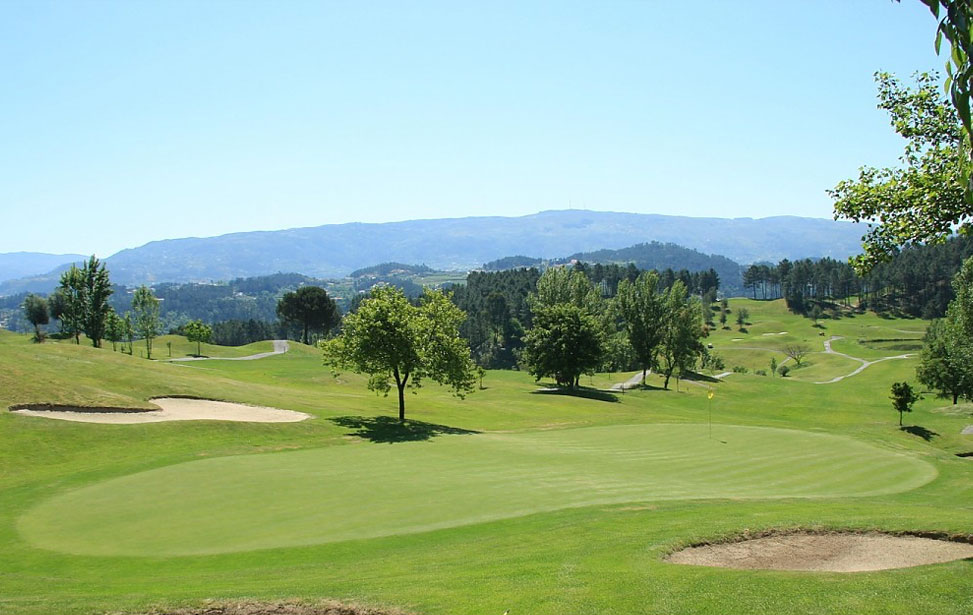 Created in 1997. Amarante's golf course is backdropped by the surrounding natural beauty, two of the highest mountains in Portugal - Marão and Aboboreira, it's hilly topography offers players a challenge. Located in the parish of Fregim four miles (6 Km) from the town of Amarante. The course consists of 18 holes, for a par of 68, over 40 acres and an altitude of 600 metres. The highlights are the fast but undulated greens, which require special attention by players. It comprises seven par 3 holes, eight par 4 holes and three par 5 holes. The site also contains a golf school offering courses and advice for all ages and abilities.
Minimum handicap requirements: men: 36, women: 36

THE FESTIVAL OF SÃO GONÇALO

During the first weekend of June in Amarante occurs one of the most bizarre yet colourful and merry festivals of Portugal. The Festival of São Gonçalo has its roots from an ancient ritual of fertility drawn from a pagan source and is a spectacle well worth seeing if you're in the Porto area when it's on. Traditionally during the festival, young and unmarried couples exchange provocative phallic-shaped cakes (bolos de São Gonçalo), symbolising their passion and love. At midnight on the second day of the festival, the skies of Amarante are illuminated by a spectacular firework display. It is the increasingly challenging aim of the organisers to surpass the previous year's spectacle. 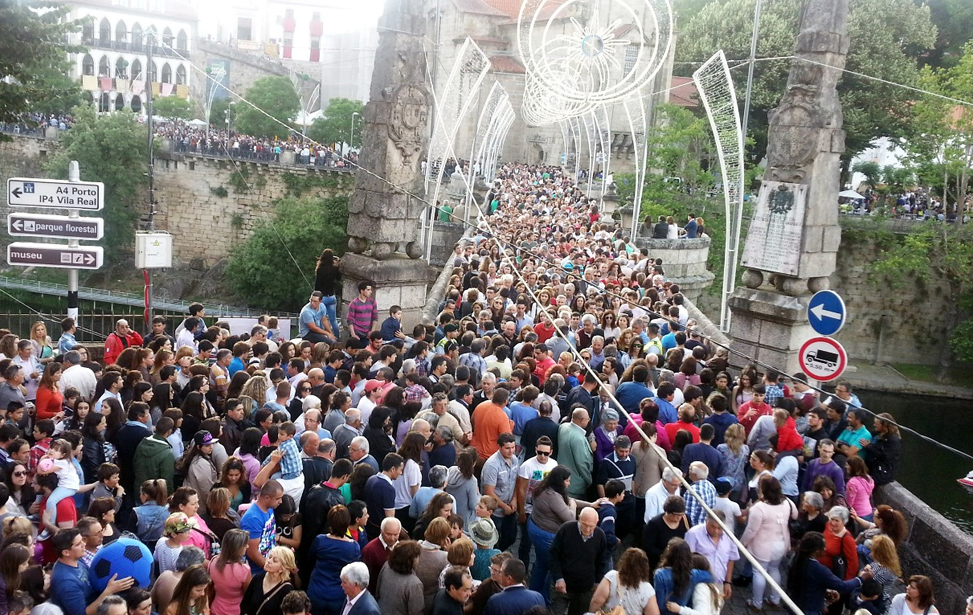 The Festival of São Gonçalo 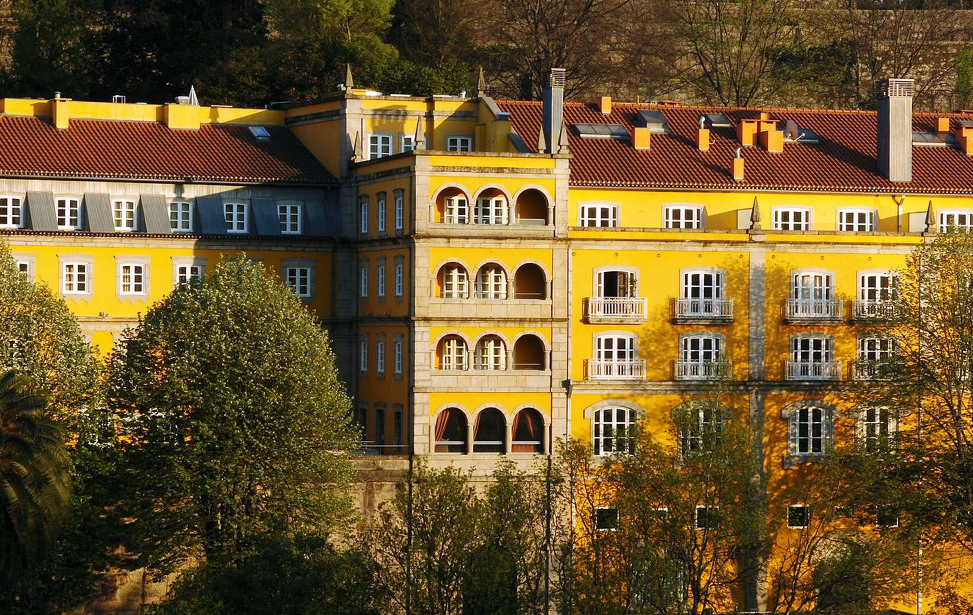 Located in Amarante within a majestic landscape and an entire idyllic scenery that inspires its discovery. Declared by the Portuguese Government as a building of high architectonical, historical and cultural relevance, its neo-classical elements in a romantic atmosphere. Inviting travelling to the past in a homelike and welcoming ambience. 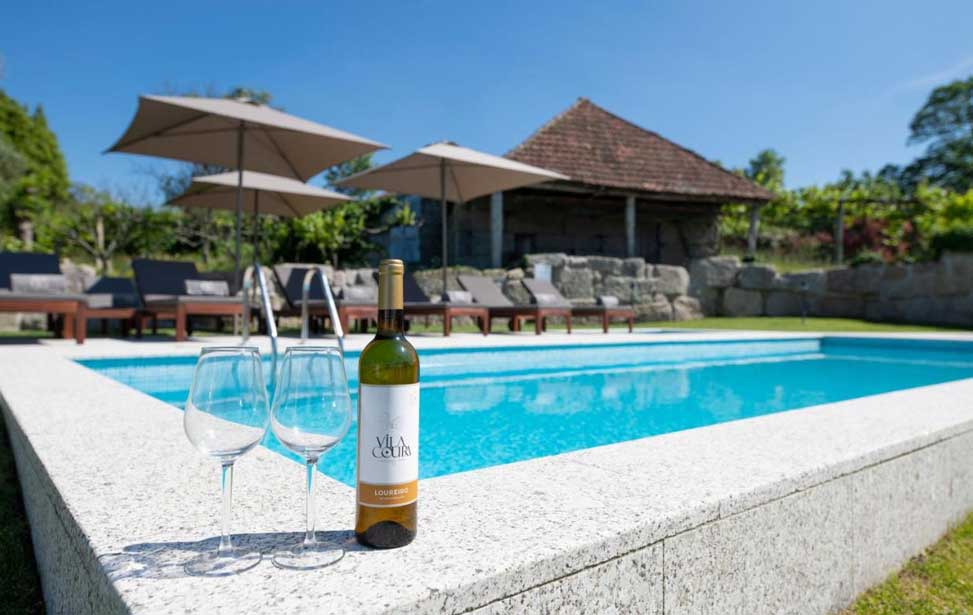 Located in Amarante Vila Coura provides an outdoor swimming pool and free WiFi. All accommodation includes a seating area, a flat-screen TV with satellite channels, an equipped kitchen, a dining area and a private bathroom complete with bathrobes. Some rooms feature a patio or a balcony. A microwave, a fridge and oven are also provided, as well as a kettle and a coffee machine. This farm stay offers a continental or à la carte breakfast. After a day of hiking or fishing, guests can relax in the garden or in the shared lounge area. 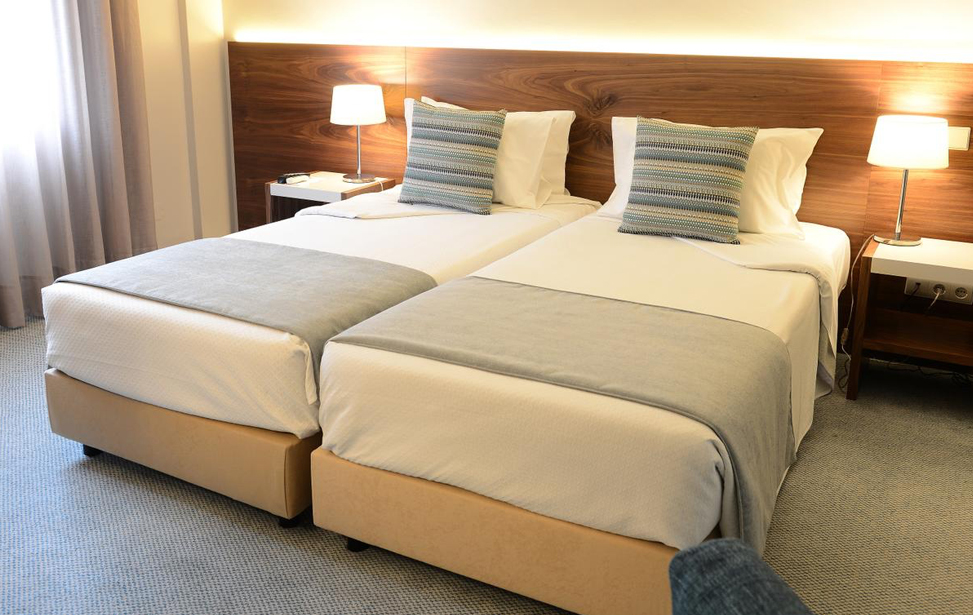 Hotel Navarras is located within the suburbs of Amarante and close to Ponte de São Gonçalo and Igreja de São Gonçalo, and within a 40 minute reach of Porto. Hotel Navarras by Tamega Clube is 400 yards from the Tâmega River. It offers air-conditioned rooms and has a terrace with panoramic views. Hotel Navarras' rooms have modern wood furnishings and a private bathroom. They come equipped with a TV and a telephone. Some rooms feature a balcony with panoramic views. 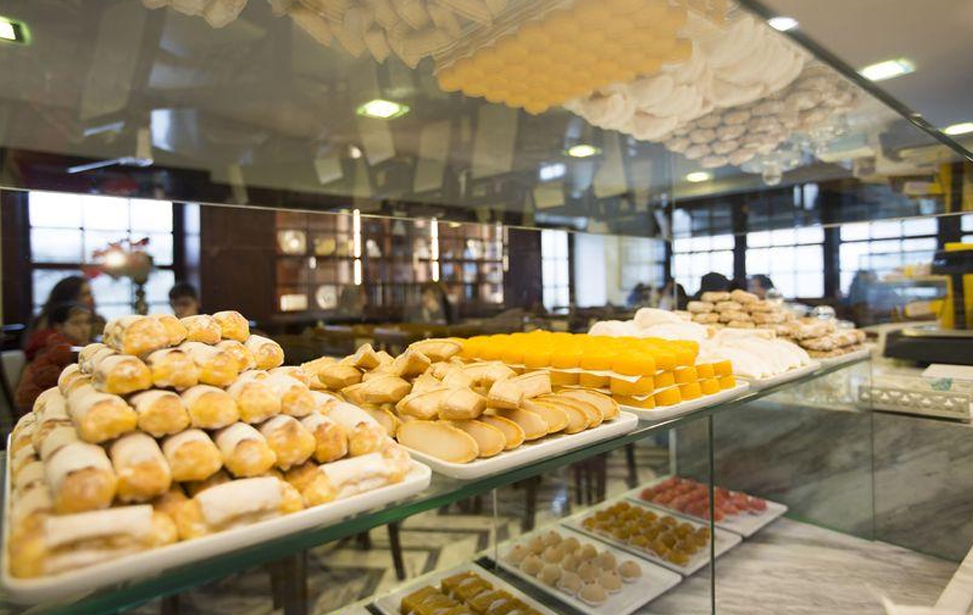 A great little bakery, patisserie selling freshly made sweets, cakes and other naughty, yet very tasty, things. There is a terrace overlooking Amarante famous bridge and offers spectacular vistas to accompany your coffee and pastry (or two). Their range of local and national pastries is huge and Confeitaria da Ponte since opening in 1930 has earned a nationwide reputation as the place to visit in Amarante. 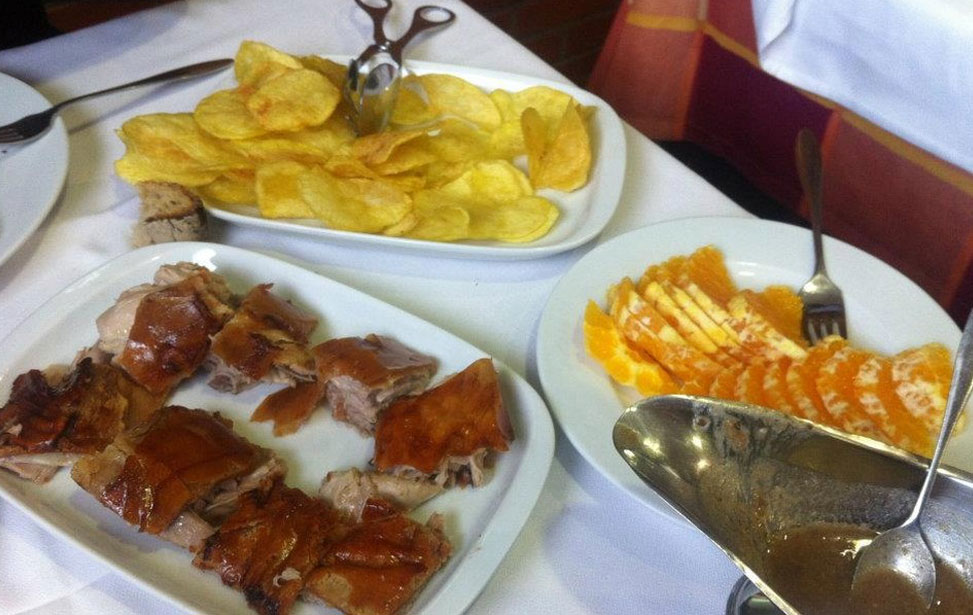 In a village, a ten-minute drive North of Amarante is the wonderful small family restaurant, Filhos de Moura. Their menu is fairly basic as they prefer to specialise in what they're good at, and that is Leitão - roasted piglet cooked in a wood fire stove, served succulent and tender with a slightly spicy sauce. Try it with a Tavora - Varosa Espumante sparkling wine and take a taxi, it's well worth the effort and it won't hurt your wallet.

Quinta do Outeiro first opened in April 2008, with an indoor capacity for 65 people and a terrace for about 140 more. Magnificent views overlooking the River Tamega and Serra do Marao.