Porto's most important Gothic building dates from the fourteenth century. Its interior is newer and dates from the 17th and 18th centuries. Its dazzling intricate gold guilting remains one of the most celebrated works of Baroque in the country. Ever since 1910 it has been a national monument and became a World Cultural Heritage by UNESCO in 1996. 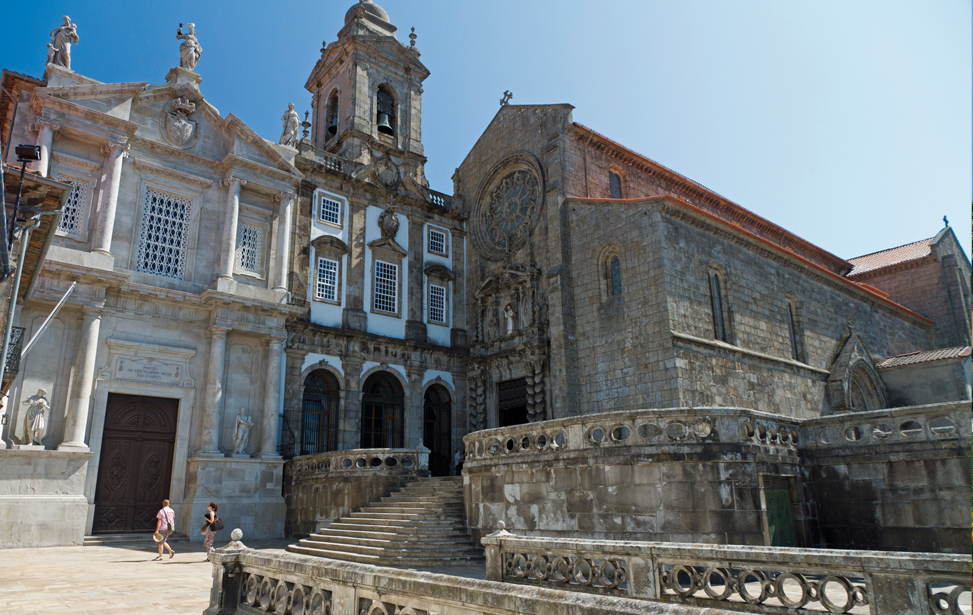 The Franciscan Order was first established in Porto around the year 1223AD. In 1244 construction began on Porto's first convent dedicated to Saint Francis of Assisi. In 1383AD King Ferdinand I commissioned the building of a new more spacious church. Construction was completed in 1425 in a nonchalant Gothic style, as was typical of the mendicant orders in Portugal at that time. A 13th-century granite statue of Saint Francis of Assisi, standing near the entrance within a Baroque altarpiece, is a remnant of the first St Francis church. Since its conception, the exterior, other than the West portal, has not been extensively altered and remains the best example of Gothic architecture in Porto.

The original elaborate Gothic rose window still adorns the main façade. The South portal is stepped forward from the façade and has a triangular gable decorated with a pentagram. The opening is composed of a series of Gothic archivolts; the inner moulding is decorated with an arcade relief of Mudéjar (Islamic influenced) design. The cloisters were destroyed by fire during the siege of Porto in 1832. The Palácio da Bolsa now stand in their place. The modest exterior, however, is deceptive. The interior is the most ornate and lushly adorned building in Porto.

During the 15th and 16th centuries, prominent Porto families chose to be buried here and house their family shrines. The Chapel of St John the Baptist in the right transept arm belonging to the Carneiro family is a fine example. It was built in the Manueline style during the 1530s by architect Diogo de Castilho. Most people buried at this site can be found in the church's catacombs which houses thousands of human remains. The church has a nave with three aisles, with the central aisle being the tallest. At the East end of the church, a transept and an apse contains three chapels.

During the early 18th century, the church acquired its most redeeming feature; its Baroque gold guiding. It covers almost the whole of the interior including walls, pillars, side chapels and ceiling. The gilt woodwork (talha dourada) is adorned abundantly with floral motifs, fruit, frantic animals and cherubs. It's believed that over 400 kilos of gold hide the original underlying mediaeval architecture. A simple white statue of the church's patron Saint Francis (São Francisco), has managed to escape the bling treatment and is all the more striking because of it. Adjoining the church there is an interesting museum, housed in the old Dispatch House of the Order (Casa de Despachos) with an interesting Baroque interior. 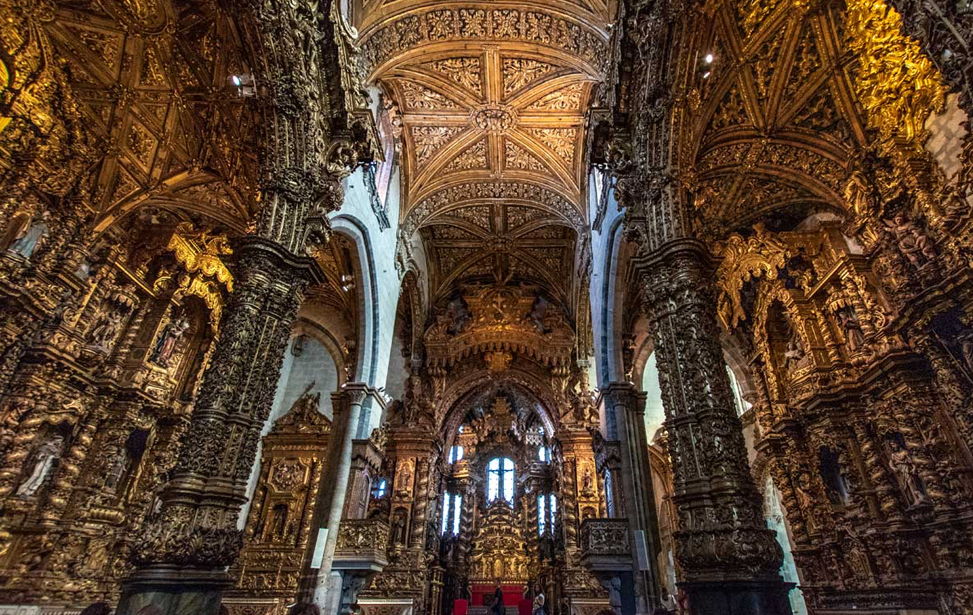 Getting To The Igreja de São Francisco (Church Of St Francis)