The Archaeological Park of the Côa Valley (Parque Arqueológico do Vale do Côa (PAVC) is siturated in the Alto Douro close to the confluence of the river Cõa with the Douro. The site is a rare glimpse back to ancient times to when our prehistoric ancestors carved the animals they hunted on rock walls. MADABOUTPORTO.COM is your definitive guide to this somewhat remote yet fascinating Archaeological Park, how to get there, what to see and how to secure a booking before you arrive.

INTRODUCTION TO THE ARCHAEOLOGICAL PARK OF THE CÔA VALLEY

During the construction of a dam in the Côa River valley, close to the frontier with Spain in the 1990s, prehistoric rock engravings were uncovered. The site was deemed of such great importance work on the dam was cancelled and the site was given protective status. The precious rock art consists of thousands of engraved rock drawings of horses, bison, deer, goats and other creatures, human and abstract pictographs, dating from 22,000 to 10,000 years BC.

The Archaeological Park of the Côa Valley (Parque Arqueológico do Vale do Côa (PAVC) was created to give access to visitors, preserve and study the engravings. A museum was also constructed here following an international design contest. 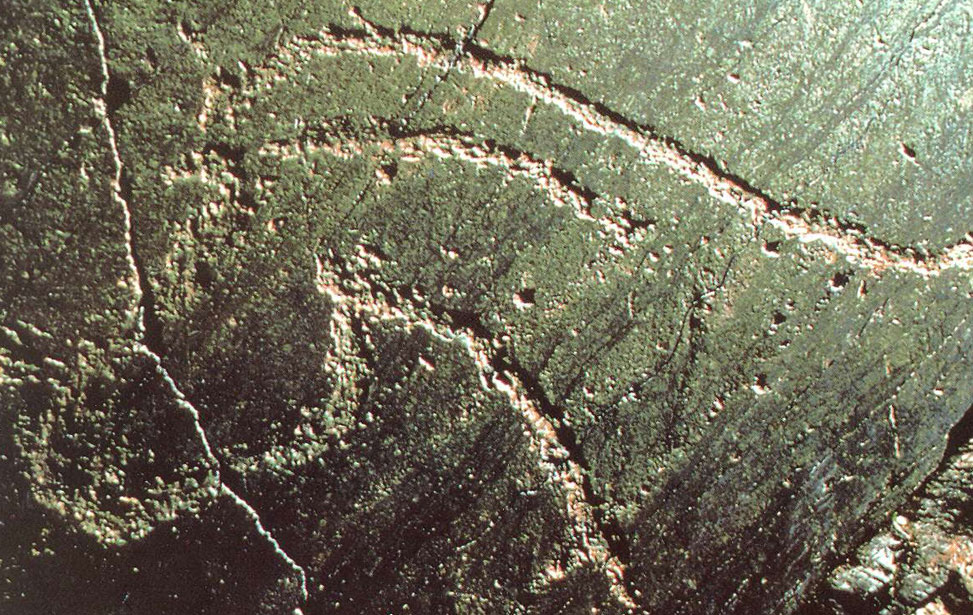 The Côa Valley Archaeological Park was inaugurated in 1996. With the mission to manage, preserve and control public access to the rock art within the Côa Valley. This unique collection of Paleolithic cave art was recognised by UNESCO in 1998. It was awarded UNESCO World Heritage Site status. Scientists recognise the historical importance of these carvings as rare insight from the dawn of human cultural development and the creative thinking of our ancestors.

The protected area spans over 77 square miles (200km2) and now includes similar engravings found over the Spanish border in Siega Verde. They are believed to date from the same time. These engravings are believed to date as far back as 22,000 years to the Paleolithic period and found amongst them are rock paintings and engravings from the Neolithic, Chalcolithic, the Iron Age, the 17th century and even more recent times, amounting to abbot 25,000 carvings in total. The earliest drawings are composed primarily of zoomorphic imagery of nature such as horses, cattle, human figures and abstract forms. They're ideographic in nature and represent a rare example of the first examples of human visual communication. Later inscriptions from the Iron Age consist of line drawings of stylised human figures, mainly warriors, armed with swords and lances, and many on horseback. A new craze of rock engraving occurred in the 17th century which continued right up to the creation of the park.

HOW TO VISIT THE PARK

The PAVC authorities at the park have the delicate task of allowing public access to the sites whilst conserving the site and minimising damage. The Côa Archaeological Park consists of the main centre in Vila Nova de Foz, and two Visitor Reception Centres, from where the three most important groups of rock art can be visited. From Vila Nova de Foz, visitors can see Canada do Inferno; from Castelo Melhor they can visit Penascosa; and from Muxagata, the destination is Ribeira de Piscos. These Visitors' Centres have all the necessary infrastructure, with information about the valley and the art both in displays and computer presentations. Guided tours are conducted in all-terrain vehicles and each sight is open to the public in general. Sensible shoes and bottled water are advisable when visiting. 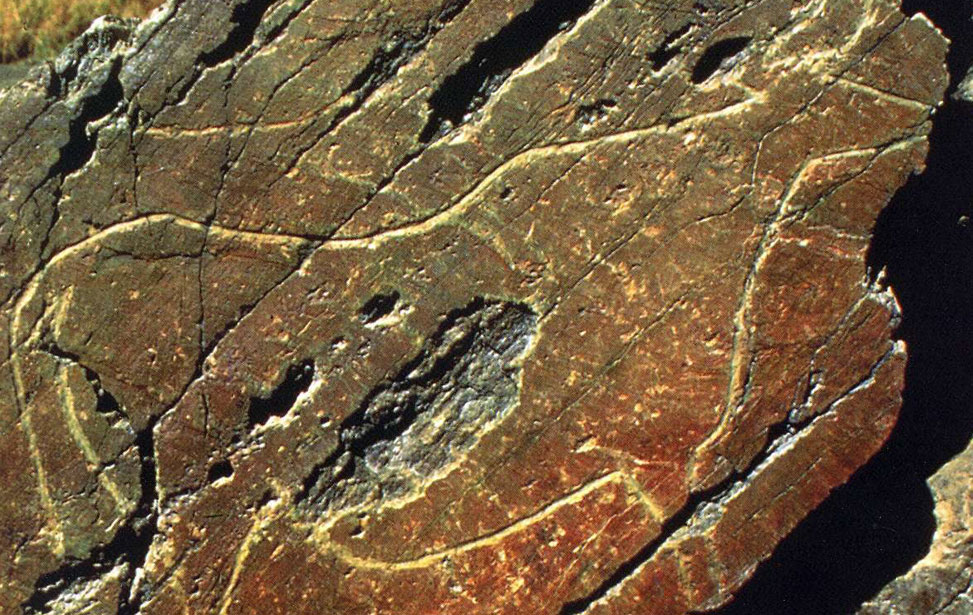 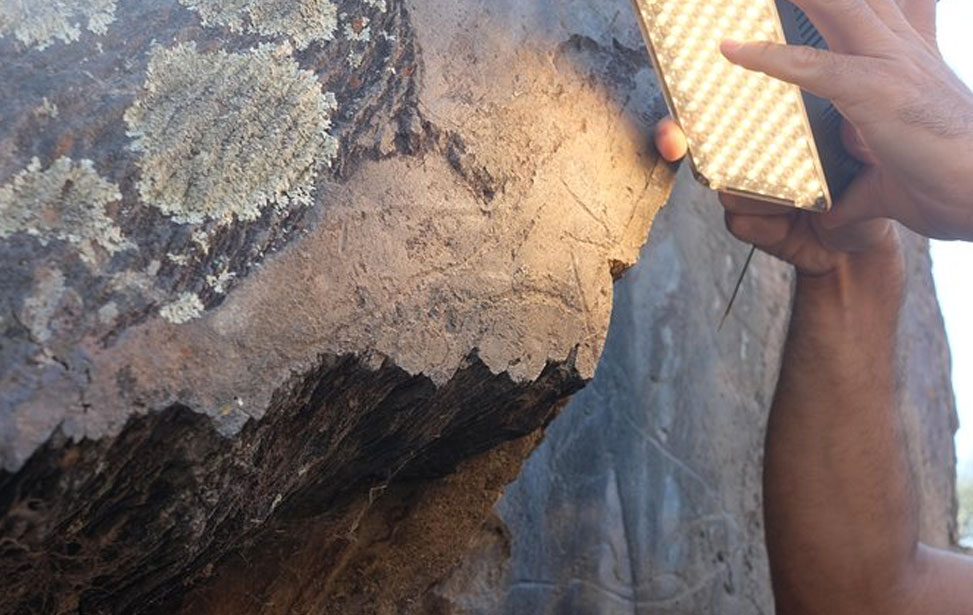 The Canada do Inferno Tour

Starting at the Côa Museum just outside the town of Vila Nova de Foz Côa you'll be taken by a 4x4 with a guide four miles past the abandoned construction site of the cancelled Low Côa dam and onwards up a dirt track. The final 400 metres are done on foot to the first set of engravings on your tour on the left bank of the river Cõa.

The tour follows a route along a 130-metre deep canyon carved out of the landscape by the Cõa river. You'll encounter Paleolithic engravings of ibexes, horses, aurochs and fish. Later engravings of deer and goats engraved more stylistically can also be seen here. The tour lasts from an hour and a half to two hours and covers around 800 metres of walking over reasonably easy terrain. 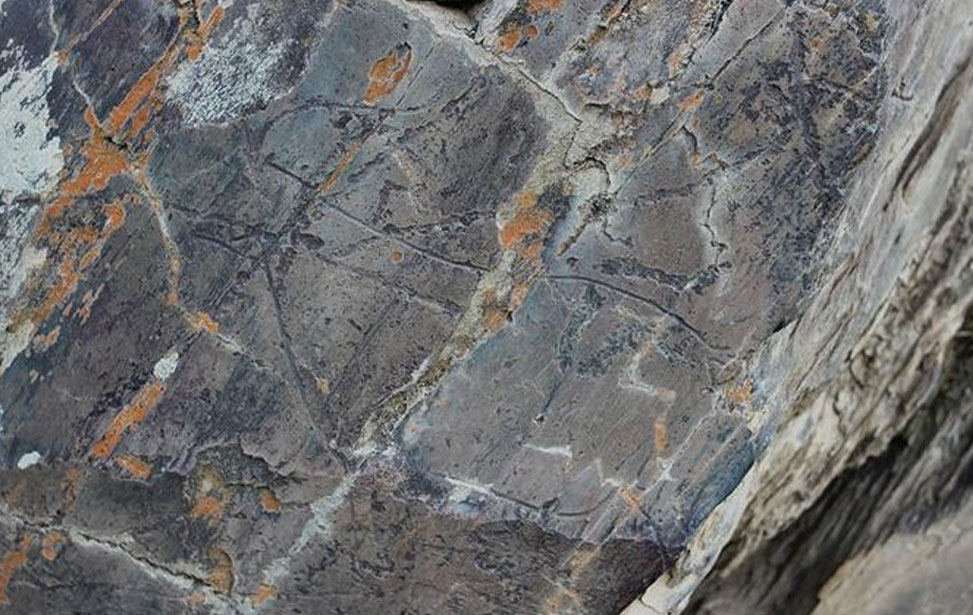 The Penascosa tour starts at the reception centre of Castelo Melhor nine miles from Vila Nova de Foz Côa, Visitors are taken to the site by 4x4 accompanied by a guide along country roads flanked by fields of almond trees and olive trees, past the Quinta de Ervamoira vineyard and museum on the opposite bank of the Côa before arriving at a river beach. A 300-metre stroll from the car park will take you to your destination. The engravings are grouped in two large clusters exhibiting mostly figures of animals dating from the Paleolithic, such as ibex, horses, aurochs and some fish. In several cases, the artist tried to convey the concept of animation: in one apparent mating scene, a mare is mounted by a stallion whose three heads suggest the downward movement of his neck. Penascosa is the most visited site of the Archaeological Park of the Côa Valley, mainly due to its easy access and great beauty, as well as for the quality of its Paleolithic engravings, coming some of the best rock art of the Park.
Tuesday – Sunday: 13h30 – 17h30, Monday: CLOSED
€16.00
Castelo Melhor, 5150, Vila Nova de Foz Côa, Portugal.
41º 01’ 31.7" N | 07º 04’ 00.2" W 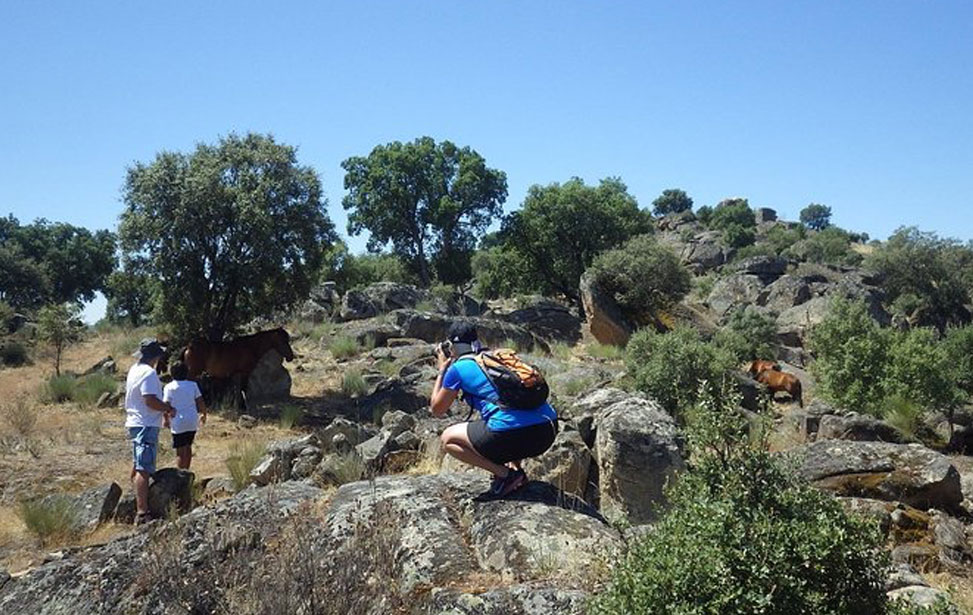 Starting from the visitor centre in Muxagata, the Ribeira de Piscos tour takes you by an all-terrain vehicle, with a guide four miles (6km) along a dirt track followed by an 1100m walk from the car park to the site on the left bank of the River Côa. 42 engravings have been documented at the site, 27 of which are Paleolithic representations. One rock panel depicts two horses crossing their heads; another shows a human figure drawn over a large auroch. At higher elevation, there is a panel with extraordinarily realistic fine line engravings of four horses.

The tour lasts two and a half hours and covers around 2200 metres of walking over quite a difficult terrain. It should be noted that the Côa valley is a very dry region, where extremely high temperatures can be reached during summer and shaded areas are scarce. We recommend the use of comfortable clothing and shoes, a hat, drinking water and sunscreen. In winter rain can be harsh and waterproof clothing is advised. Tuesday – Sunday: 09h30 – 12h30/14h00 – 17h30, Monday: CLOSED
€16.00
Visitor Centre of Muxagata, Rua da Corredoura, Portugal. | 41º 04’ 47.5" N | 07º 06’ 44.4" W 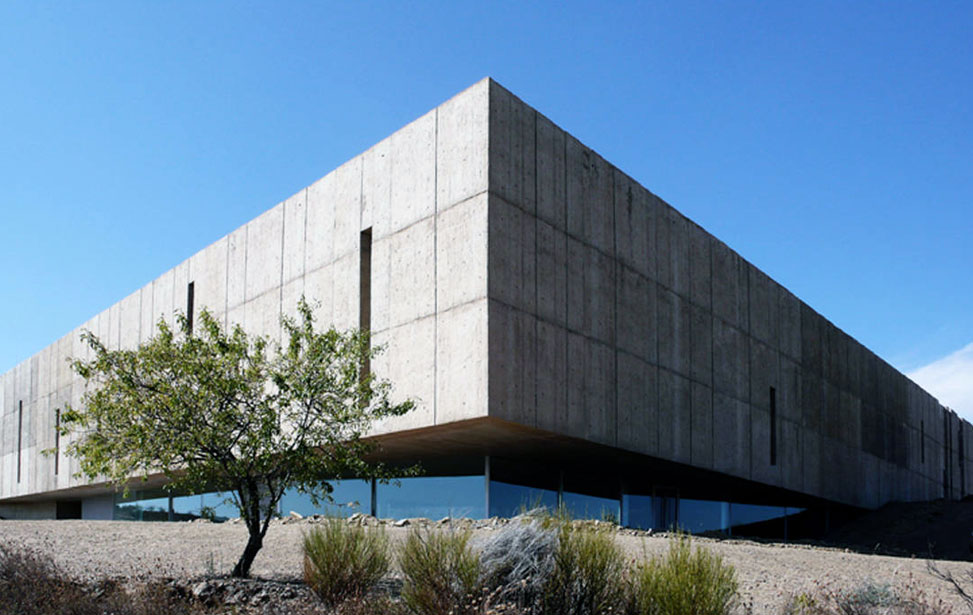 The Côa Museum gives the visitor an insight into the dawn of human culture and mans earliest attempts of artistic expression representing man's relationship with nature. Three rooms of the museum introduce and contextualise the rock art of the Côa Valley, and four other rooms explain the monographic treatment of the sites. Incorporating various information techniques such as multimedia technologies, photography, and design are used alongside careful displays of found objects. Overlooking stunning views of the Côa Valley, the striking building is comprised of four floors containing an auditorium, educational services, an administrative area, a shop and exhibition halls. 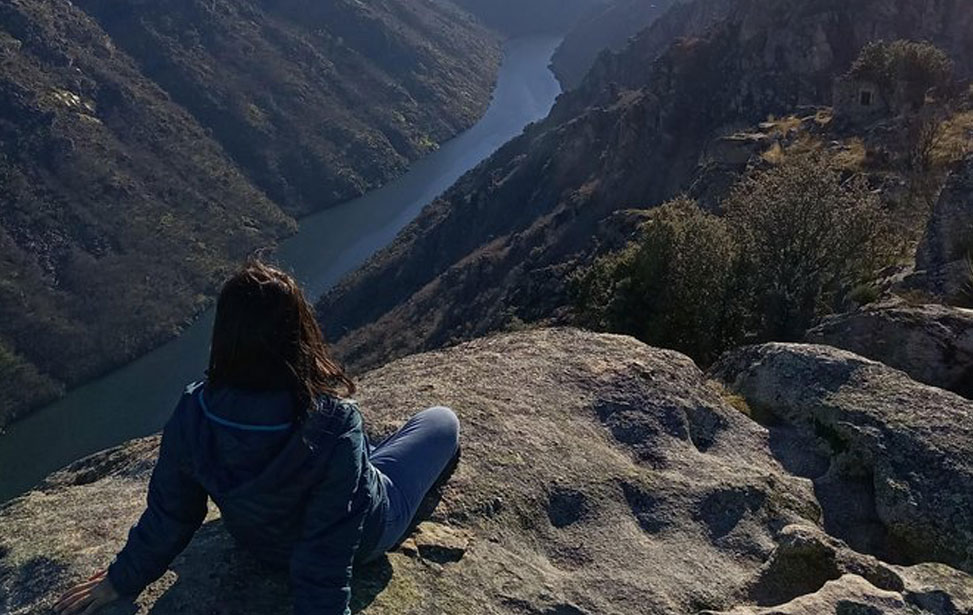 We start this personalised tour through the beautiful village of Foz Côa, right in the heart of the interior of northern Portugal. This visit could never be made without visiting the main attraction of the region: the Côa Valley Archaeological Park. Classified as a National Monument in 1997 and a World Heritage Site in 1998 by UNESCO, it is a mandatory stopover, as it holds one of the greatest treasures of humanity. You will discover a real open-air museum. Our visit passes through two of the main estates in the region, Quinta do Quevedo and Quinta da Pacheca. 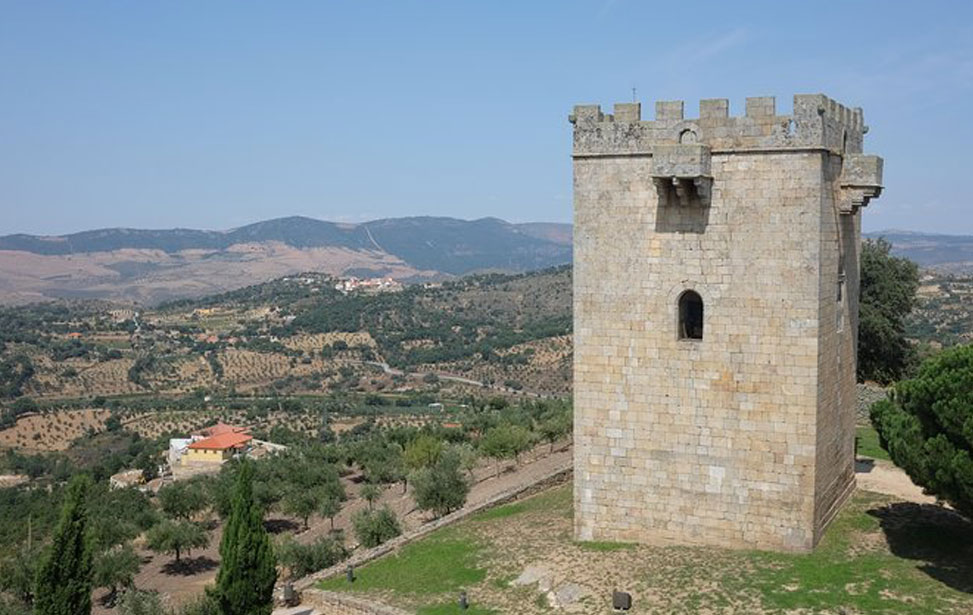 Off The Beaten Track Douro Valley Tour. All Inclusive

An adventure for all your senses! After being picked up from your hotel in Porto we'll travel to Peso da Régua and visit a winery as explained by someone from the producer's family. Visit a place with rocks that have something very ancient and special, related to wine, olive oil and the old gods. Miradouro (Panoramic Sightseeing over the Douro River) with a Chapel built over the temple of a Fertility goddess. Visit the Medieval bridge and tower of Ucanha Village. Lunch in a nice local restaurant, with delicious traditional food. Visit the Visigothic Chapel of Balsemão. Trip to Pinhão along the N-222 (considered the best road in the World). Visit the Pinhão Railway Station with its historical tiles. Tastings in a beautiful Winery. As is a private tour, we may personalise this experience, especially for you. 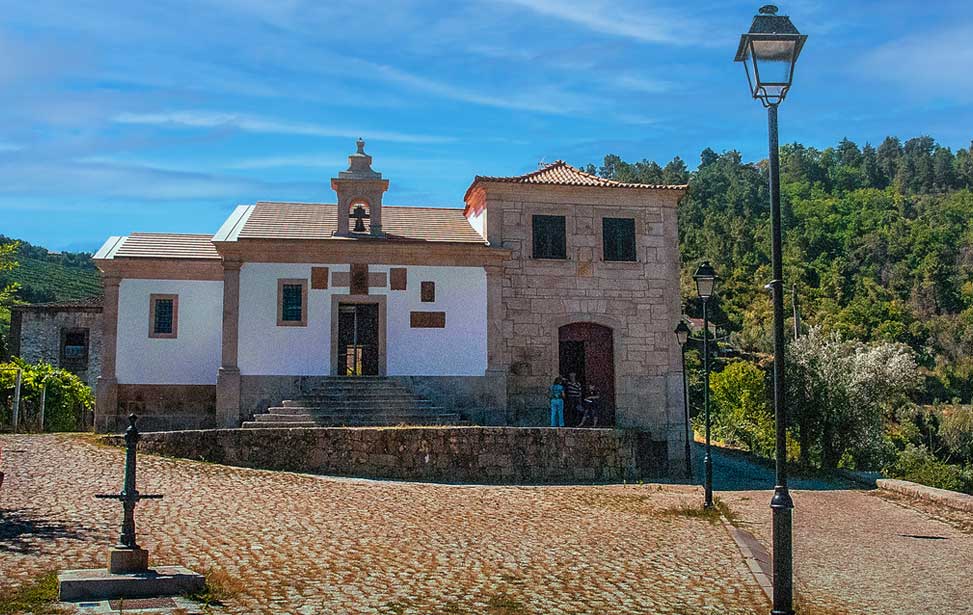 Day 2: Pick-up at the hotel, trip to Lamego, traditional Port Wine and olive oil tastings, visit to the shrine of Nossa Senhora dos Remédios, visit to Lamego´s castle, visit to the archaeological centre, visit to Sé´s Cathedral visit to the Visigothic chapel of Balsemão Lunch (Local Gastronomy), visit to Ucanha´s roman bridge and fortified tower, visit to the Murganheira wine cellars with sparkling wine tasting and return to the Hotel.
Check Availability